The History of Asteroid Storm 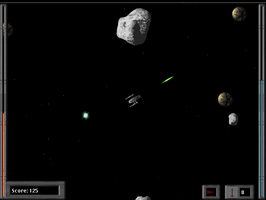 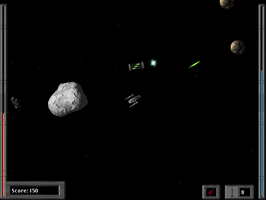 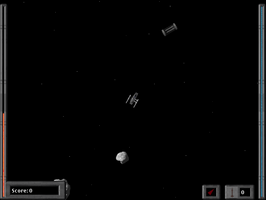 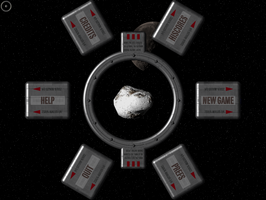 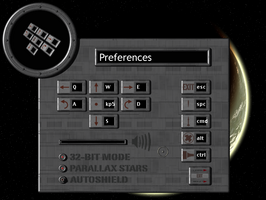 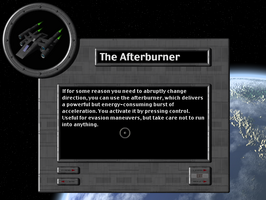 Asteroid Storm is the first game I made and released to the public.

My very first games, I made using FileMaker scripts. But I really wanted to learn how to code. Unfortunately, I did not have access to a command line environment, or understand the concept. So for me, step one of making a program was to create a GUI window, which is a pretty complicated thing in those old C APIs! I remember summers spent poring over books on C, never really getting anywhere.

Then I found REALbasic, a Visual Basic type IDE for Macs. This had a visual editor that let me create windows and add buttons, and I could start writing some simple code. Still, I had no idea of the basics of software development. I remember the day I figured out the idea of data structures. I'd been writing code that kept each value of a complex object like a spaceship in a separate array. One array for all the x-positions, one for all the y-positions, and so on. Lots of code was needed to keep all the indexes in sync. So being able to bundle values together like that was a revelation.

Eventually, in 2002, I made Asteroid Storm, heavily inspired by Ambrosia Software's Maelstrom, itself a clone of Asteroids. I struggled with the tediousness of the asteroid-shooting gameplay. I used Bryce 3D to make some pretty nice-looking pre-rendered graphics for ships, asteroids, space junk, and flying saucers. With the saucers, I dabbled in AI programming: the saucers would advance, fire, retreat. They would dodge your shots. The big ones fired whole salvoes. I spent maybe a year on the game, working on it after school.

I put it on game magazine CDs, collecting each copy with my game in a magazine as a trophy. I put it online, on MacUpdate, VersionTracker, and so on, carefully monitoring the downloads as they happened. I also updated it, fixing bugs, redesigning the player's spaceship.

It got downloaded about 50000 times, a very pleasing number. I started work on future game projects, but those were now too ambitious, and did not click. Then university happened and there was no more time for such massive side-projects.

The game is still playable if you have a PowerPC Mac running Mac OS 9, or an emulator for such an environment. It's nothing special, but I'm pleased it's been preserved.

Asteroids batter Earth. You are sent out to stop them.